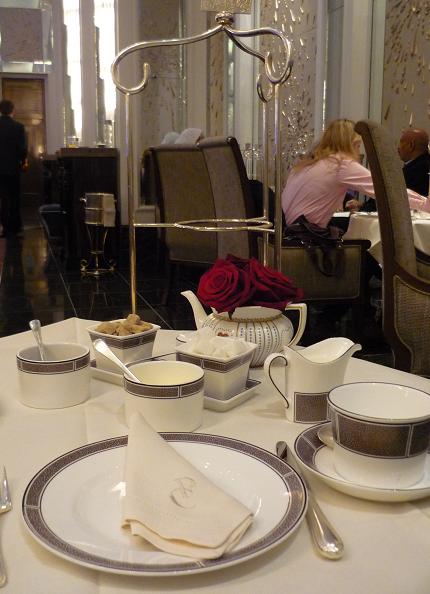 This was planned as a surprise by A, and we had a very relaxing afternoon having tea in this beautiful hotel. According to their website this is the best afternoon tea to be had in London. Naturally, the décor was impeccable, and service was excellent. I was very tickled by the idea that they had a tea sommelier – I’d always thought that a sommelier was an expert at wine, but it makes total sense to have an equivalent for tea as well, since tea is as complicated a business as wine is.

We started the tea with an amuse bouche, which A didn’t really like as it was all creamy which she hates. I thought it was a rather nice start to the meal. We had a few types of tea, as recommended by our sommelier. The best we felt was the Japanese green tea, which after some time in the pot got better and better. 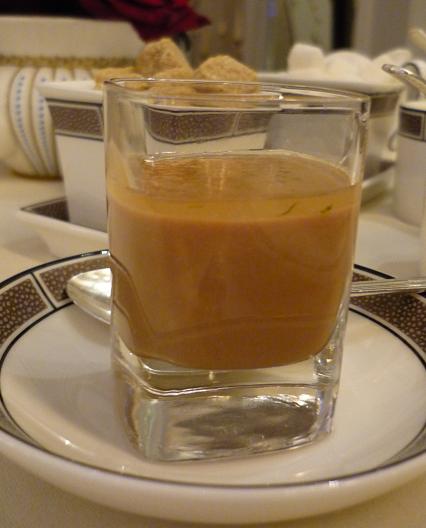 Our tea set came with some sandwiches such as Angus beef Rossini, Parma ham, roquette and quail’s egg and Smoked Scottish salmon and oscietra caviar. It was all very nice, but in slightly too dainty portions. We wondered if we would be full at all after tea. 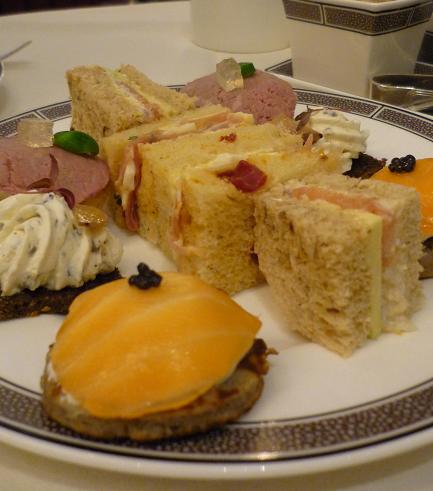 The selection of scones brought out next absolutely hit the mark. The chocolate scones were delightful, and the Devonshire clotted cream was simply divine. I would have eaten the all cream by itself had not for the consequences I would have to suffer after that.

The final component of the tea was the selection of pastries and cakes, inspired by the beauty and sparkle of the jewels and the gold encrusted walls of the hotel. Decadent it definitely was, but the overriding opinion was that it was all too sickeningly sweet. We definitely needed the green tea to neutralize the annoyingly sweet taste that it left behind. 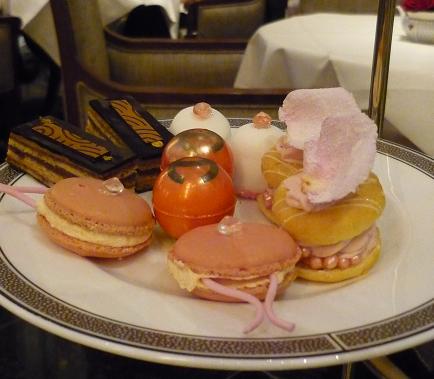 Nevertheless, this was a nice quiet afternoon spent by ourselves, away from the worries of university work. It was nice being able to sit back and chill in such a nice place, and indulge in one of Britain’s favorite pastimes – afternoon tea.

This entry was posted in London and tagged British. Bookmark the permalink.