When in Chicago, people think of having Deep Dish Pizza, or Italian  Beef  Sandwiches, or dine in one of the many fine restaurants Chicago has to offer. For us, all we wanted was a bowl of hot Pho. I guess travelling in a foreign land and eating food that is so far removed from your culture makes you really crave some simple comfort foods. Noodle soups are a huge part of our culture, and this was the one thing we craved more than anything else. Our first meal in Chicago was hence a very unlikely one – Pho in Pho 777, a little restaurant in Little Vietnam. 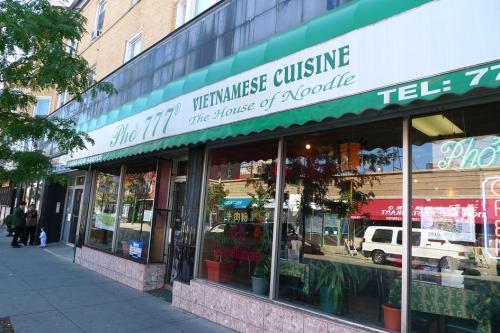 This wasn’t our first choice of restaurant in Little Vietnam. Our host, SY wanted to bring us to Tank, a restaurant she had eaten at. Sadly, it was closed, and it was only a couple of days later that we realized that it had, (excuse the pun), Tanked. Turns out they had failed a health inspection and was forced to close down. 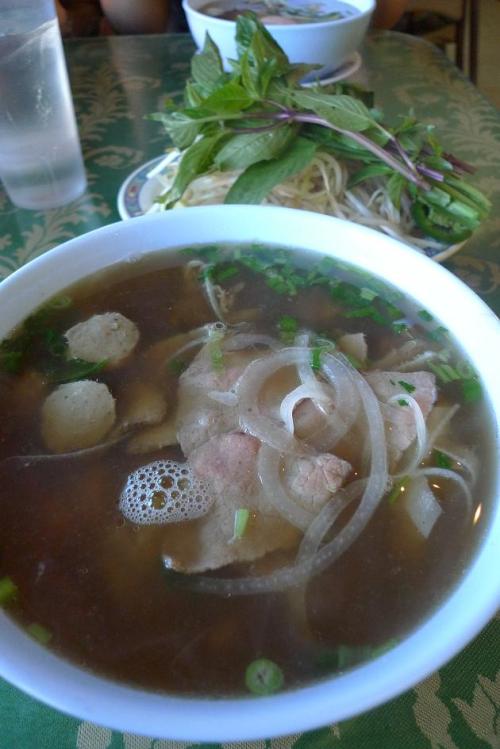 But back to Pho 777. All 3 of us had the Special Pho, which was a bowl of pho noodles with lots of different cuts and variations of beef – tripe, beef balls, sliced beef etc. The broth was very tasty and the noodles were perfectly cooked. This was a very satisfying bowl of Pho. Our one and only complaint would be that they didn’t have any fried calamari on the menu!!! Our all-time favourite Vietnamese restaurant, Viet in London serves this wonderful out of this world fried calamari, and we so wanted to have some form of that dish, but alas, they don’t serve it at Pho 777. (Now, obviously, we’re really nitpicking here…)

This entry was posted in Chicago and tagged Vietnamese. Bookmark the permalink.